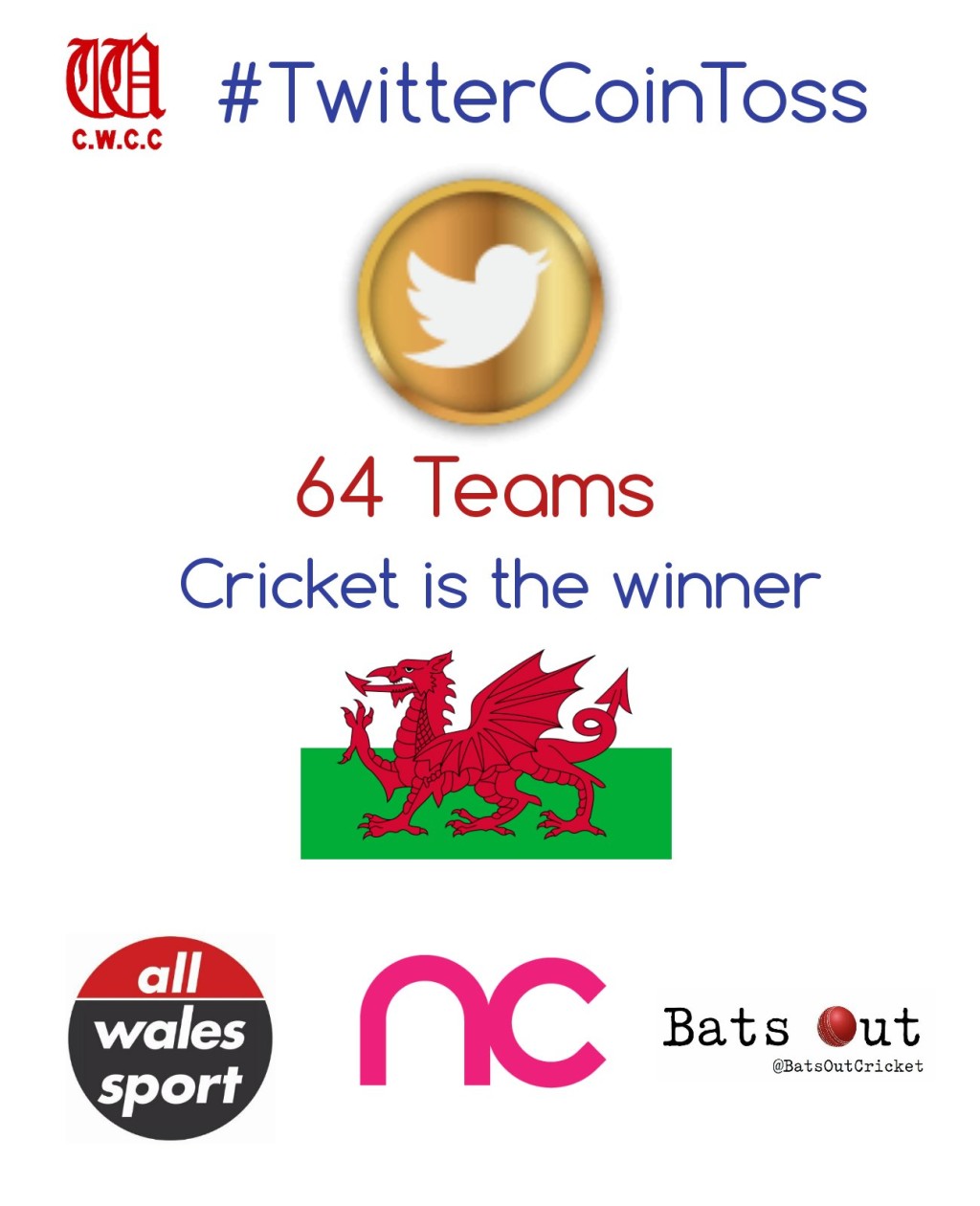 Twitter has it pros and cons, however weve been able to utilise the platform to engage with the wider cricket community and in doing so created something which has brought the #CricketFamily together.

#TwitterCoinToss came from an idea of a lad in sussex called Benji, who invited clubs from around the county to a coin toss tournament (Simple but effective idea!! ), after a quick chat and thumbs up to borrow the idea, we acted swiftly and within 5 hours had 64 welsh teams all in a hat and a draw was made. Little did we know the response we would get would send the Twittersphere into overdrive with over 100,000 page views/likes/retweets combined in 4 days.

Club stalwart Giles Thomas was contacted by AllWalesSport who were keen to get involved and have kindly donated £200 to the prize fund (£100 Winner, £50 Runner Up, £25 x 2 Semi Finalists). A huge thank you to them. On top of that Bats Out Cricket Cricket bat specialists have donated a Grade 3 Keeley cricket Bat worth £220 to the winners and Neon Cricket Wiltshire Cricket's Premium Boutique Brand have provided a Junior Kit Bundle worth £180 to the winning club.

A massive shoutout to every club who has got fully involved in the 'Banter' , Team selections which have raised some eyebrows across the country and just the general interest in the tournament.

We are currently in Round 2 which is being eagerly anticipated and we do have some surprises up our sleeve , so tune in at Midday on Thursday 26th March. The Final will be on Sunday 5th April so chuck the date in your diary.