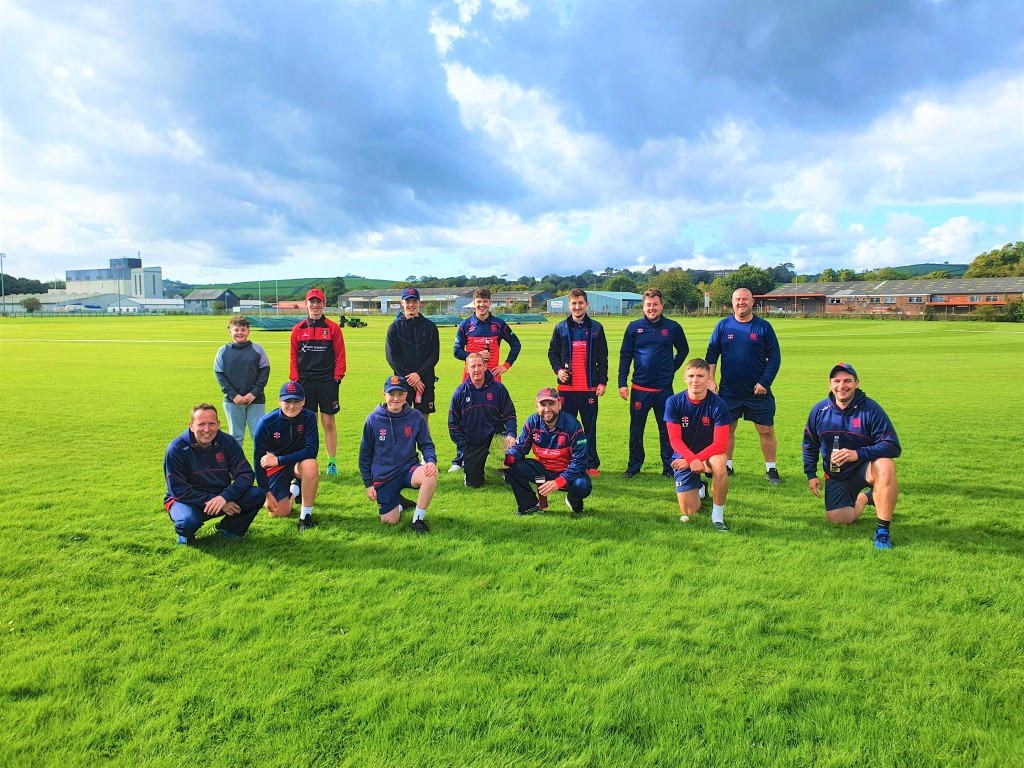 Since our last update our seniors had to wait 4 weeks to play again after matches against Pontardulais,Swansea and Mumbles were all cancelled due to the weather.

Our last planned match  in the west  premier league cluster was against Gorseinon with the 1st team away and 2nd team home.

It was a nail biter to finish off a frustating 2020 season for the 1st team as we came out on top by just 2 runs. Batting wasnt easy for either side as we posted 104-8 off 40 overs. 15 year old Ifan Knott top scored with 23 with only Leighton Walters 18 and Steve Mills 12 gettign into double figures.

Another 15 year old Daniel Thomas (5-3-5-2) making his Debut opened the bowling with Tom Davies (8-3-20-4) and made full use of the wicket restricting Gorseinon to 18-6. Gafyn Donald yet again provided resistance and put on 49 for the next wicket before the combination of 16 year old Owen Bailey (6.4-1-29-4) and Knott who stumped Donald put us back in the driving seat. It was Bailey who then rattled through the remaining Gorseinon batsmen to see us home by 2 runs.

The 2nd X1 carried on where they left of the last time we played with a convincing 5 wicket win over Gorseinon.

In the 2nd innings after losing an early wicket Lewis Byng (78) and 14 year old Oli John (14) took us to 63-2 before a 100 partneship between Byng and Josh Thomas (35) tooks us towards the target. Losing a few quick wickets we passed the total with 10 overs to spare.